Includes Database changes. You need to log terminals out during upgrade

New F2 pick parts will show the superceded part number and the final price /qty as a result of picking that part. Now this can create some visual confusion when the target part and supercession(s) that feed to that part are both visible at the same time.  You'll eyeball a heap of parts with qty, creating a misleading sense of lots of inventory when all records are pointing to same thing. To help minimise this SuperS parts show QoH in green. Like so: 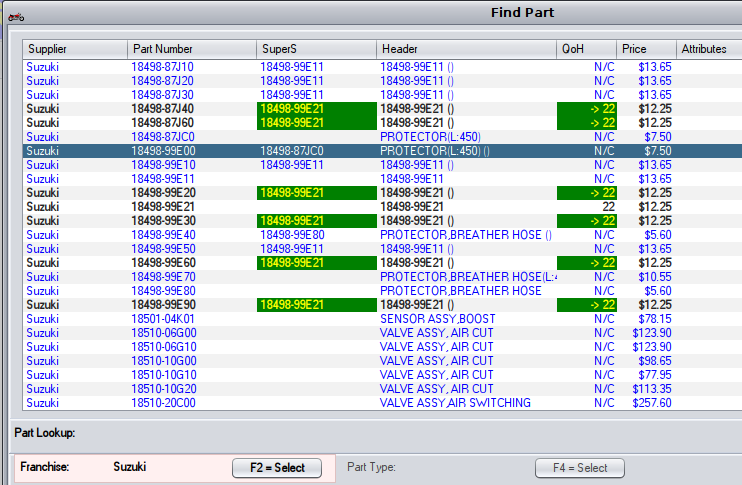 Other tweaks and fixes